The programme launches on Friday 10 June 2016 with screening programme Reciprocal Relations and a live light-controlled performance by renowned musician and artist Leafcutter John.

Now in its fifth edition, the third to take place at Bloc Projects, Sheffield Fringe includes both emerging and established artists working with the moving image in diverse ways. Formerly an annual event, Sheffield Fringe is now held in the city biennially, outside of which it operates nomadically through international exhibitions, events and research projects.

Its Sheffield-based manifestation coincides with Sheffield International Documentary Film Festival (Doc/Fest), with the intention of creating a complimentary platform for artists’ moving image work, and a context in which to encourage collaboration and exchange between the communities surrounding contemporary art and documentary film.

This year’s programme, Object Documentary, investigates the ethical challenges of regarding documentary film as an object and documentary material as a resource, through a diverse series of screenings exploring themes ranging from international conflict resolution, the nature and creation of stories, the political use-value in filmmaking, colonialism and reflections on memory and nostalgia.

All events are free and booking is not required.

Reciprocal Relations – Friday 10 June – 6pm
These films share a strong sense of the positions from which they are speaking and demonstrate reciprocal relationships between the filmmakers and their objects of study, through topics ranging from automated language tuition, the coercion of memory and the politics of accelerated living – a neoliberal mode and its associated pressures of performance, speed and wellbeing.

Willing the Possible – Saturday 11 June – 6pm
Though situated in conflict zones across geographies and times, from present day Palestine to historic Scotland, none of the films presented here make a singular known conflict narrative the central object of their study. Instead, the films allow the possibility of collective narrative plotting as an open-ended process – a way of thinking through conflicting positions.

Necessary Frames – Saturday 11 June – 8pm
Directed exclusively by women, the films in this programme adopt different strategies towards issues surrounding the use value of documentary film. The films express the pressure of the moments they depict whille maintaining a strong connection to the wider frames of time that we all move within. Selected by Gareth Evans.

Ingested Entities – Sunday 12 June – 2pm
The narrator in Daniel Jacoby’s Jagata remarks: “Maybe it’s impossible to grasp the world through the lens of your own life.” This programme places the ingestion of media and the creative, editorial process on a par with the human ingestion of food and other objects as facilitating a fundamental need – the creation of narratives and stories, which are removed from an ungraspable, constant real-time trajectory, yet are infinite in their narrative possibilities. Selected by Esther Harris.

Concrete Utopia – Sunday 12 June – 4pm
These varyingly earnest, mischievous or confrontational actions by artists based at Bloc Studios all share an investigation of making – of both art and communities – through film. Tying the local to the global, the films are concerned with the impact of place and politics on living.

The Royal Road – Monday 13th – Saturday 18th June – 2pm & 4pm daily
A cinematic essay in defense of remembering, The Royal Road explores the Spanish colonization of California and the Mexican-American War alongside intimate reflections on nostalgia, butch identity and Alfred Hitchcock’s Vertigo, featuring a voiceover cameo by Tony Kushner. Omitting the depiction of a single human body, the film combines rigorous historical research with a lyrical stream-of-consciousness monologue, set against landscapes of urban California. “One of the most ambitious documentary projects at this year’s Sundance Film Festival. [A] deeply personal cinematic docu-poem.” (Ryan Lattanzio, Indiewire) For full programme listings and information, please visit the Sheffield Fringe website or view the 2016 catalogue. – – –

Sheffield Fringe 2016 guest curator Gareth Evans is a writer, editor, presenter, event and film producer, and Film Curator at Whitechapel Gallery, London. His films include Unseen: the Lives of Looking; Patience (After Sebald); and By Our Selves. Evans is on the curatorial team of Whitstable Biennale. Adam Pugh is a curator and writer based in Norwich, UK. Previously director of the festival Aurora, he has worked on projects for the Barbican Art Gallery, London Film Festival, OUTPOST Gallery, Animate Projects and the Sainsbury Centre for Visual Arts. Pugh contributes regularly to Art Monthly, and has written for Tate, Vertigo magazine and others. Image: Mairead McLean, No More, 2014. 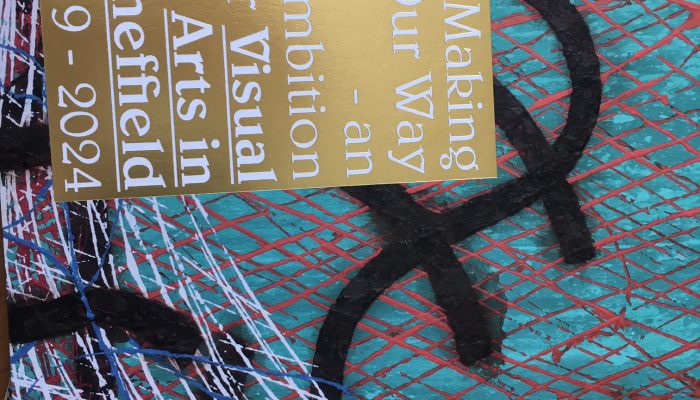